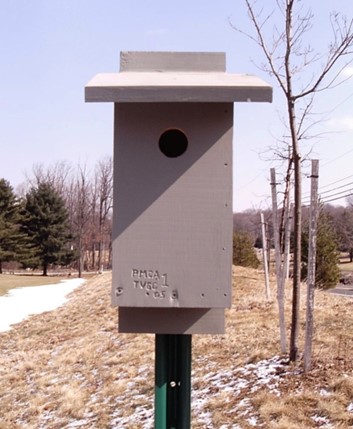 Attempts to attract eastern bluebirds to nest boxes located on what was then Twining Valley Golf Club began in 2005. Four nest boxes were initially placed and the first year was somewhat successful, though not for bluebirds. For while the bluebirds seemed uninterested, ten tree swallows fledged from two of the boxes. But in April of 2006 a pair of bluebirds was spotted near an already occupied box, so two more boxes were placed at TWGC. The bluebirds readily accepted the new home and by May 18 a nest was present, and five eggs were laid shortly thereafter. By June 6 the eggs had hatched and on June 24 or 25 the young bluebirds left the nest. I was hooked. From then on, with moderate success, I have been monitoring nest boxes on the same property. Some years as many as ten bluebirds would be fledged from a total of eight boxes, all placed right along Twining Road as I didn’t want to get in the way of golfers and golfballs.

Then, in February of 2020 things really changed for the bluebirds. After hearing that the golf course would be turned into a park I met with Mr. Dureka, head of Upper Dublin’s Park and Recreation department. I explained that I had students who had made several bluebird boxes and that I intended to have them placed at the new Twining Valley Park. He agreed that should happen and asked me to walk around and decide where to place the new poles. Then COVID-19 hit. I still walked around and chose sites for poles that Upper Dublin would install, but installation was somewhat delayed. On some poles a pair of boxes was installed and eventually the boxes along Twining Road were relocated toward the central region of TVP. Glenn Meyer also helped install ten more boxes bringing the total number to twenty-four. 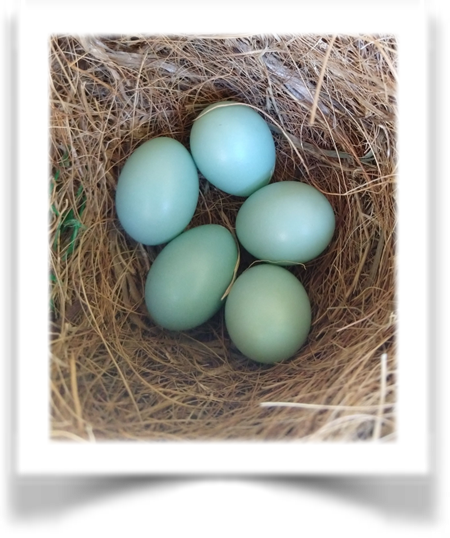 In 2021 two of the boxes were used by bluebirds and both boxes were used twice. Eighteen eggs were laid and thirteen young bluebirds fledged. One egg was infertile and a clutch of five was lost due to a very wet and chilly Memorial Day weekend. Just over 67% made it. Not great but not bad, considering several years in a row had produced no eggs at all.

This year, 2022, things are looking much better. Four boxes (completely different ones from the previous year) were occupied and two of these were used twice. Twenty-seven eggs were laid and twenty-five youngsters fledged. Only two eggs proved to be infertile giving a 93% success rate!

Oh yeah – tree swallows have been prolific at TVP! Thirteen boxes were used and forty-five fledglings came from sixty-one eggs for a 74% success rate (not as good as the bluebirds). Monitoring begins in March but really takes off in May through July and tapers off to zero in August. I use the app NestWatch Mobile on my phone during monitoring, a truly convenient way to keep track. At home, I visit NestWatch.org on a laptop. The web app has more bells and whistles, but I use it mainly to precisely locate the boxes and to verify or edit data. Each box is visited every three to four days. In the “off season” minor adjustments are made as I anxiously await the return of spring and, hopefully, an even better year for bluebirds in 2023. 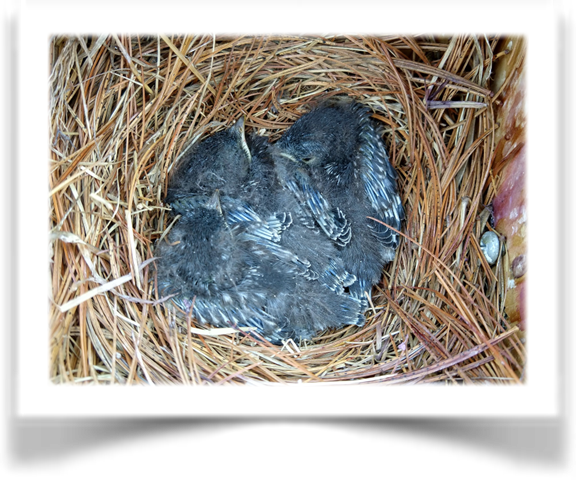