When you were a child, did you love those soft gray pussy toes clustered along the stem of pussy willow branches?  I know I did. In spring, my mother would buy a bundle of cut, dry branches for an arrangement in the house, and I would stroke their soft fur.  But pussy willows are good for a lot more than indoor decoration! 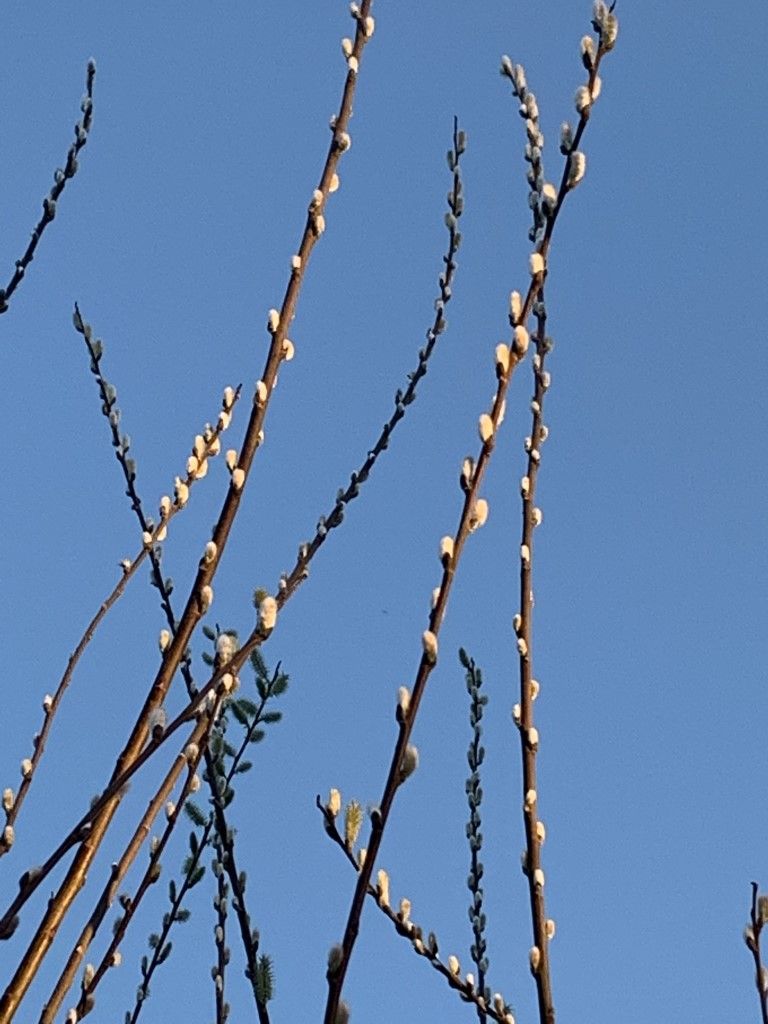 What are those little gray things, anyway?  First of all, what are those little gray things on this plant?  The gray “fur” is part of the flower bud.  It’s just an outer protective coat around the rest of the bud. And why do pussy willows have this distinctive feature?  It’s because they are one of the earliest blooming shrubs in the northeast. The fur helps keep the bud protected from the cold temperatures as it develops.  Except on those branches you cut and keep (without water!) in the house to preserve the gray pussy toes, the buds will soon open up and display a fuzzy greenish-yellowish-whitish catkin.  As the catkins drop off, leaves will begin to emerge in their place.

Its wildlife value doesn’t end there, either. Pussy willows provide good nest sites for shrub-nesting birds such as American goldfinch, and, in suitable habitat, for Yellow Warblers.  I’ve also read that several duck species eat the catkins and Ruffed Grouse nibble the twigs and buds. I’m not going to expect those to show up in my backyard, though.

Hummingbirds are also said to use the gray fur to line nests. I think this must depend heavily on the timing of both the plant cycle and hummingbird migration. eBird (the massive on-line database of bird sightings run by the Cornell Lab of Ornithology) shows Ruby-throated Hummingbirds reaching us in April, with numbers building into May. The gray fuzz would be gone by then. Nesting and the availability of the gray fuzz may coincide better south of us, except in years with a late spring.

Pussy willow is also important for butterflies. It is a host plant for the viceroy butterfly and the mourning cloak butterfly, meaning that their caterpillars eat the leaves of this plant as they grow. The female viceroy also lays her eggs in the leaves of this plant, and eggs laid in the fall will overwinter in curled up leaves that fall to the ground. (This is an important reason not to rake up and discard all your fallen leaves!  If you do, you’re discarding the larvae of butterflies, moths, and other beneficial insects).

More Reasons to Like Pussy Willows.  Pussy willows are fast growers that will fill in an area quickly, but they can also be pruned to stay more compact.  They are fairly versatile.  They naturally occur in wet or moist soil and are good for planting in damp areas, but they can also tolerate average garden soil (in dry weather, they may need to be watered). They like sun but can also take part-shade.  Their silvery gray leaves are attractive in summer. And they are fun and easy to propagate. Cut some of the greener, more flexible new branches, stick them in moist soil, and they will root readily and become new shrubs. 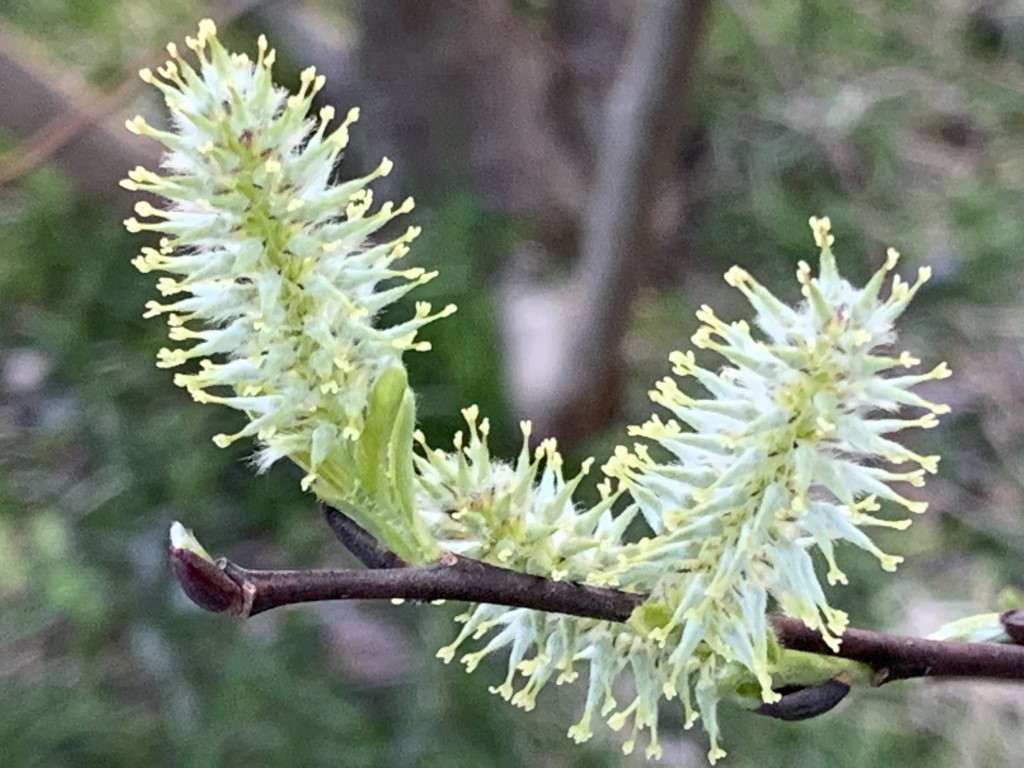 What about Other Willows?  The familiar pussy willow is Salix discolor.  There are other native willow shrubs but they’re unlikely to be commercially available. The other native willow likely to be found for sale is black willow, Salix nigra, which is a tree. It needs moist or wet soils and is useful in streambank restoration to stabilize banks. This willow is a host plant to tiger swallowtail and red-spotted purple butterflies as well as viceroy and mourning cloak.  The familiar large, drooping weeping willow is not native and should be avoided.

Important!  Pussy willows have separate male and female plants. It’s the males that produce the soft gray pussy toes and the more decorative catkins. Females produce only a (somewhat different) catkin, so if you’re after those cute pussy toes, make sure you get a male. Pussy willows have large, spreading roots that aggressively seek moisture, so avoid planting them near water lines, sewer lines, or septic tank fields.